Three years after its first climate report, a second National Academy of Sciences report on anthropogenic warming, chaired by economist Thomas Schelling, stresses uncertainty about the extent and timing of climate changes

In response to the Charney Report in 1979, the White House Office of Science and Technology asks the National Academy of Sciences to opine on the likely timing of increases in global temperature. According to the National Academy of Sciences (NAS) report (a letter, not a full assessment), “In view of the uncertainties, controversies, and complex linkages surrounding the carbon dioxide issue, and the possibility that some of the greatest uncertainties will be reduced within the decade, it seems to most of us that the near-term emphasis should be on research, with as low a political profile as possible [emphasis in original document]…We do not know enough to address most of these questions right now. We believe that we can learn faster than the problem can develop.”* John Perry, a meteorologist and chief staff officer for the Academy’s Climate Research Board, criticized this assessment in a guest editorial in the Journal Climatic Change entitled “Energy and Climate: Today’s Problem, not Tomorrow’s” by arguing, “If we have good reason to believe that a 100 percent increase in carbon dioxide will produce significant impacts on climate, then we must have equally good reason to suspect that even the small increase we have already produced may have subtly altered our climate…. Climate change is not a matter for the next century; we are most probably doing it right now.”** 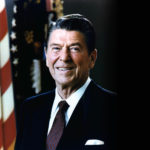