Senior Exxon Corporation scientist James F. Black advises Exxon’s Management Committee that CO2 from the world’s use of fossil fuels would warm the planet and could eventually endanger humanity

At a meeting at Exxon Corporation’s headquarters, senior Exxon scientist James F.  Black advises Exxon’s Management Committee that “… there is general scientific agreement that the most likely manner in which mankind is influencing the global climate is through carbon dioxide release from the burning of fossil fuels.”  In an updated report to a broader range of Exxon executives and scientists in 1978, Black states that “Present thinking holds that man has a time window of five to ten years before the need for hard decisions regarding changes in energy strategies might become critical.”* 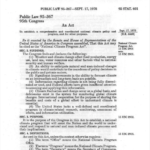 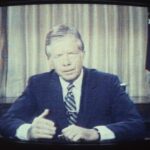