President Jimmy Carter sends Congress a comprehensive National Energy Plan with 113 legislative proposals, including new taxes on automobiles, on utilities that burn oil or natural gas instead of coal, and a gasoline tax intended to create a floor on gasoline prices

President Carter’s National Energy Plan is called “as ambitious and complex as any legislative proposal a president has ever sent to Congress.”  Plan architect James Schlesinger describes the Carter Administration’s goals:  to transition away from “cheap and abundant energy used wastefully without regard to national and international imperatives to an era of more expansive energy with concomitant regard for efficiency, conservation, international and environmental concerns.”  The proposal includes dramatically expanding federal regulatory power over energy producers, suppliers, and consumers.  President Carter describes his energy initiative as “the moral equivalent of war.”  The American people, however, continue to regard cheap gasoline, inexpensive electricity, and low heating prices as an entitlement.  The legislation finally enacted included virtually none of President Carter’s proposed taxes to stimulate conservation and the production of alternative fuels.  Schlesinger:  “The basic constituency for this problem is in the future.”  President Carter:  “We can manage the short-term shortages more effectively and we will, but there are no short-term solutions to our long-range problems.  There is simply no way to avoid sacrifice.”* 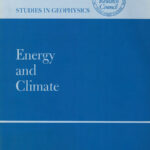