The Club of Rome publishes Limits to Growth, a report that predicts that if current growth trends continue unchanged, the limits to growth on the planet will be reached within the next 100 years.

The report Limits to Growth, making unprecedented use of computer modeling, summarizes its findings as follows: “1. If the present growth trends in world population, industrialization, pollution, food production, and resource depletion continue unchanged, the limits to growth on this planet will be reached sometime within the next one hundred years.  The most probable result will be a rather sudden and uncontrollable decline in both population and industrial capacity. 2. It is possible to alter these growth trends and to establish a condition of ecological and economic stability that is sustainable far into the future.  The state of global equilibrium could be designed so that the basic material needs of each person on earth are satisfied and each person has an equal opportunity to realize his individual human potential. 3. If the world’s people decide to strive for this second outcome rather than the first, the sooner they begin working to attain it, the greater will be their chances of success.”* The study is translated into thirty languages and sells 30 million copies, more than any other environmental book.** 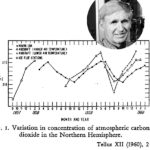 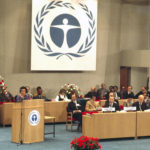