The New York Times summary of the Gilbert Plass paper concludes:  “Even if our coal and oil reserves will be used up in 1,000 years, seventeen times the present amount of carbon dioxide in the atmosphere must be reckoned with.  The introduction of nuclear energy will not make much difference.  Coal and oil are still plentiful and cheap in many parts of the world, and there’s every reason to believe that both will be consumed by industry as long as it pays to do so.”* 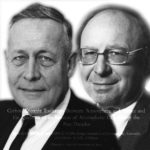 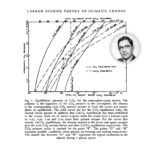