Nobel Laureate Svante Arrhenius follows early 19th century scientists Jean-Baptiste Fourier and John Tyndall to investigate the role of greenhouse gases in warming Earth’s surface. Tens of thousands of hand calculations lead Arrhenius to the conclusion that the Earth’s temperature might increase by 5 to 6 degrees Celsius with a doubling of atmospheric CO2. He suggests that this increase could make the Earth’s climate “more equable,” stimulating plant growth and food production. He also errs in his timescale, believing it would take humans 3,000 years to double atmospheric CO2.* A 1912 issue of Popular Mechanics brought the work of Arrhenius to the attention of the general public: “a theory has been elaborated, primarily by the great Swedish scientist Arrhenius, that the earth has had a warm climate when the carbon dioxide in the atmosphere was abundant, and a cold climate when it was scarce.  It is believed that if the atmosphere contained two to three times its present amount, the climate would be considerably warmer.” Under a photo of massive plumes of smoke coming from factory smokestacks, the article elaborates, “The furnaces of the world are now burning about 2,000,000,000 tons of coal a year. When this is burned, uniting with oxygen, it adds about 7,000,000,000 tons of carbon dioxide to the atmosphere yearly. This tends to make the atmosphere a more effective blanket for the earth and to raise its temperature. The effect may be considerable in a few centuries.”**

*Svante Arrhenius, “On the influence of carbonic acid in the air upon the temperature of the ground,” Philosophical Magazine Series 5, Vol. 41, Issue 251, 1896, www.tandfonline.com; Richard Wolfson, Energy, Environment, and Climate (New York: W.W.  Norton, 2012) , 336.
**Page of 1912 issue of Popular Mechanics, circulated in a tweet by climate scientist Peter Gleick, June 9, 2017. Writes Gleick, a member of the National Academy of Sciences and a MacArthur Fellow, “Climate science isn’t rocket science. It’s much harder. But we’ve been working at it for more than a century. And we’re damn good at it.” https://twitter.com/PeterGleick 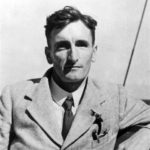 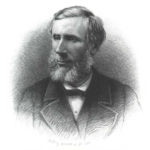