Fourier, in the article “General Remarks on the Temperature of the Earth and Outer Space,” likens the effect of the Earth’s atmosphere in regulating global temperature to a glass covered box: “The temperature [of the Earth] can be augmented by the interposition of the atmosphere, because heat in the state of light finds less resistance in penetrating the air, than in re-passing into the air when converted into non-luminous heat.” This analogy would ultimately inspire the term “greenhouse effect.”*

*Joseph Fourier, “Remarques Générales sur les Températures Du Globe Terrestre et des Espaces Planétaires.” Annales de Chemie et de Physique 27: 136-67 (1824), translation by Ebeneser Burgess, “General Remarks on the Temperature of the Earth and Outer Space,” American Journal of Science 32: 1-20 (1837). Cited in: Spencer Weart, The Discovery of Global Warming: A hypertext history of how scientists came to (partly) understand what people are doing to cause climate change,” January 2017, http://history.aip.org/climate/simple.htm#L_M085; Dr. Weart’s website is a valuable resource for those who would like to delve deeper into climate science.  He also offers a rich collection of photographs of key players, graphs, and other illustrations at http://history.aip.org/climate/illus.htm. 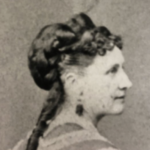